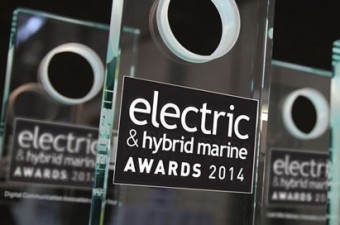 Super B Supplier Of The Year Winner – Runner-Up

Amsterdam — 27th June 2014 – Super B announced today that it has been named the Supplier of the Year Runner-up in the Electric & Hybrid Marine World Expo 2014 Awards.

This is the leading international ceremony that honours the world’s finest engineers, innovations and products in the electric and hybrid marine arena.
The judging panel which nominates and selects the Supplier of the Year Winner boasts some of the world’s leading marine journalists, industry experts and academics. The Electric & Hybrid Marine World Expo Awards promises to be one of the most sought-after accolades within the marine industry.

The jury was asked to vote for the company that they felt had contributed the most to the industry over the last 12 months. Suppliers were judged not only on product innovation, but also profitability and commercial success, such as identifying and establishing new manufacturing and R&D centers and winning new business.

“I’m exceptionally honoured to receive the Supplier of the Year Runner-up Award,” said CEO M.H. Doornekamp. “This award is a testament to the skill, ingenuity, vision and hard work of all us at Super B.”

Super B supplied the lithium iron phosphate battery system inside the MV Tachek as part of a US$20m life extension and retrofit project for operator BC Ferries.

A parent company of Britmar Marine Ltd., specialized in Marine Lighting while offering the same as its power division, with a focus on Commercial Marine market.